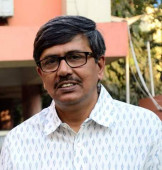 ·       Understanding of non-host resistance mechanism of plants against necrotrophic pathogens through functional genomics and proteomics.

·       Understanding of hormonal crosstalk in oilseed mustard during an incompatible interaction with Alternaria brassicicola.

To understand the non-host resistant mechanism of Sinapis alba against the necrotrophic fungal pathogen Alternaria brassicicola, we have used an NGS (Illumina HighSeq2000) based comparative transcriptomics analysis between the resistant Sinapis alba and susceptible Brassica juncea upon challenge with A. brassicicola. Through RNA-Seq, we have generated, assembled and analysed around 85 million sequence reads individually from B. juncea and S. alba inoculated and uninoculated samples. Comparative transcriptome profiling between S. alba and B. juncea using DEseq identified some important classes of genes. Among these, genes involved in biosynthesis, receptors, response and signalling of ABA along with the response to chitin and chlorophyll-binding emerged as the most upregulated classes in S. alba upon challenge with A. brassicicola. On the contrary, in B. juncea the most differentially expressed classes of genes were those associated with chlorophyll degradation, ROS mediated and cell death.

Through comparative transcriptome analysis and hormone quantification it has been established that A. brassicicola is steering the defense response towards a biotrophic mode by mounting an SA response in susceptible B. juncea, whereas the enhanced ABA response of S. alba not only counteracts the SA response but also restores the necrotrophic mode of resistance by enhancing JA biosynthesis.

The role of Phosphatidic Acid (PA) as early signalling molecule as well as differential expression pattern of six different homologues of PLD, i.e., PLD α, β, γ, ε, δ and ζ, has been monitored during the interaction of the necrotrophic fungal pathogen Alternaria brassicicola with resistant Sinapis alba and susceptible Brassica juncea.  Furthermore, PA mediated signalling was correlated with the ABA response as a number of ABA biosynthetic and responsive genes were showed upregulation in S. alba.

ARF10 an auxin responsive transcription factor is capable of simultaneous modulation of ABA and auxin response and both these responses are known to be involved with resistance against A. brassicicola. Therefore, conditional expression of ARF10 on challenge with pathogen has been strategized by using a pathogen induced promoter like GH3.3. The GH3.3::ARF10 transgenics of B. juncea were found to be tolerant against A.brassicicola. Furthermore, conditional expression of ARF10 upon A.brassicicola infection has resulted in an increased ABA response. Through protein-DNA interaction studies it was found that, ARF10 binds to the upstream of many ABA responsive genes.

NAC domain transcription factors (NAC TFs) constitute one of the largest families of plant transcription factors and not only involve in plant developmental processes but also are involved in stress responses. Through NGS based comparative transcriptomics 37 NAC TFs were detected from S. alba and B. juncea on inoculation with A. brassicicola. Clustering of these NAC TFs showed that these genes could be grouped into five main clusters, among which one particular cluster is well represented in the NGS data. Overexpression of one of the differentially expressed NAC transcription factor in transgenic B. juncea lines showed altered phenotype at initial stages of development. Expression profiling of hormone biosynthetic and responsive genes in transgenic B. juncea lines indicate that NAC TF possibly has a role in ABA and JA response. This indicates that the NAC-TF may have a dual role in both necrotrophic and abiotic stress responses in oil seed mustard.