He was the first Asian to be awarded a US patent (No. 755840) in 1904. Bose and the legendary mathematician Ramanujam were also the first Asian fellows of the Royal Society, London as well as those of Vienna and Finland. Bose has been recognised by IEEE as a father of radio and wireless communication. His work was also commemorated by IEEE as the oldest "milestone achievement" from Asia. He was a member from Asia on the International Committee on Intellectual Cooperation of the League of Nations along with Einstein, Curie and Millikan. The Indian Botanic Garden at Shibpur was renamed in his honour in 2009.  A crater on the moon is named after him.

Besides being a physicist par excellence, another remarkable contribution of J. C. Bose was that he was the first in the world to initiate interdisciplinary research by probing plants from the vantage point of physics - an integrated biophysical view of life that is in vogue. His studies on coherer led to the discovery of the common nature of the electric response to external stimuli by both living and inanimate objects. He pioneered the understanding of electrical and mechanical responses to stimulation, the transmission of excitation in plant and animal tissues and in vision and memory. Many of these experiments were possible because of his design and fabrication of novel instruments like crescograph, photosynthetic bubbler, soshnugraph etc. All of these were made in India and some at Bose Institute. Two of his famous books are “Response in the Living and Non-Living” (1902) and “The Nervous Mechanism of Plants” (1926). The latter book was dedicated to his friend the great poet and Asia's first Nobel laureate, Rabindranath Tagore. Tagore's great admiration of Bose reflects in his poems.

He is also considered the father of Bengali science fiction.

On his 158'th birthday, coinciding with the centenary of Bose Institute; his timeless legacy was honoured in a doodle by the popular search engine, Google. 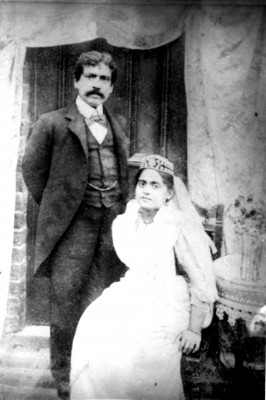 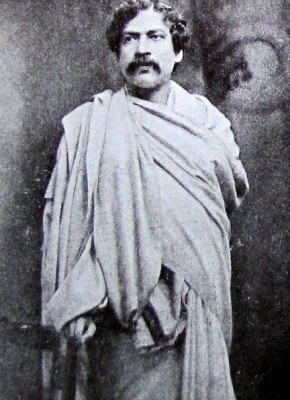 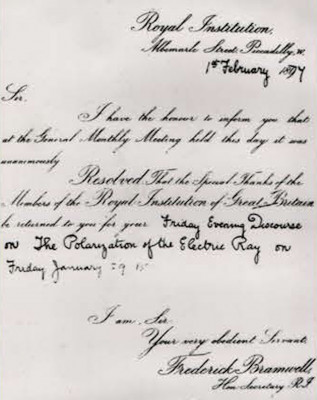 Note of special thanks from Royal Institution, London to Sir JC Bose for his Friday evening discourse of Jan. 29, 1896 on polarization of the electric ray 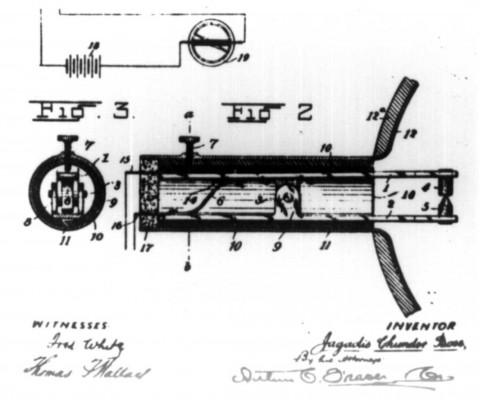 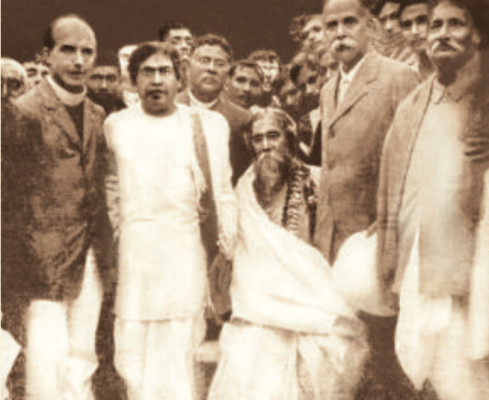 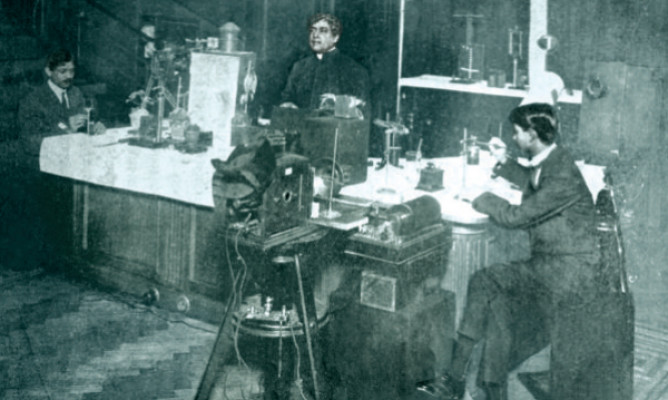 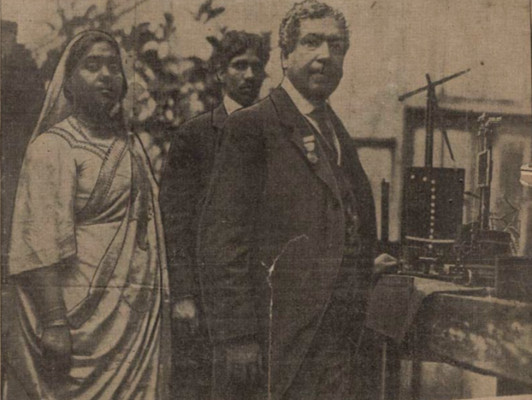 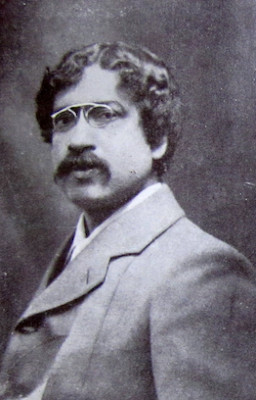 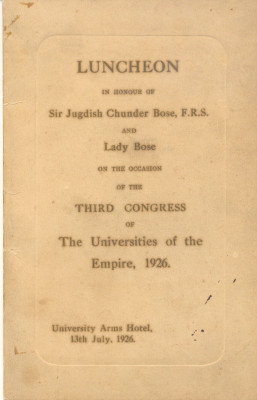 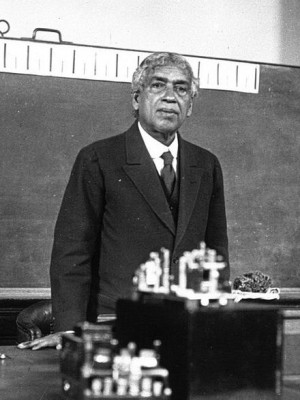 Sir JC Bose lecturing on “nervous system of plants” at the Sorbonne, Paris (1926) 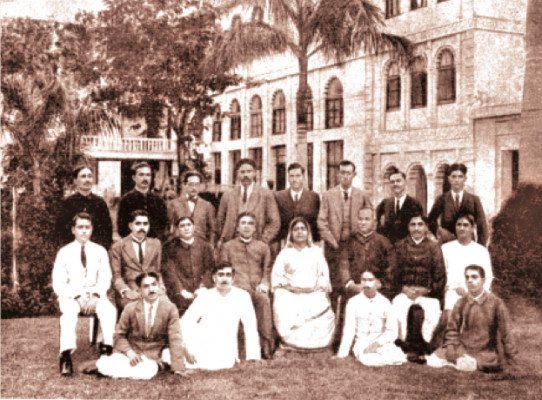 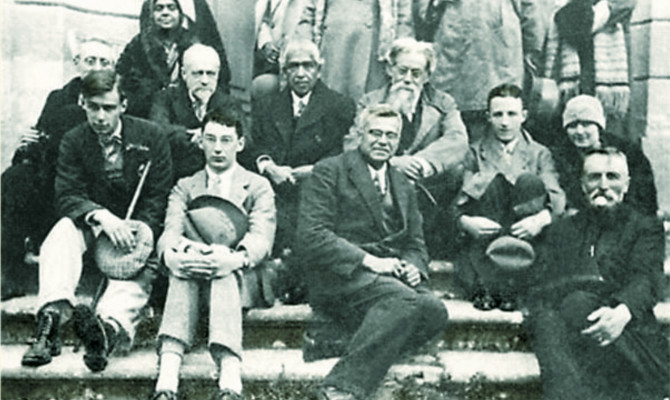 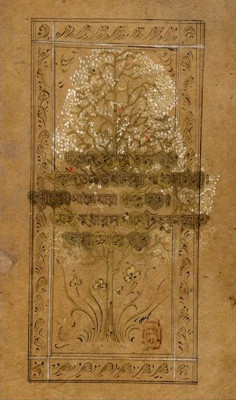 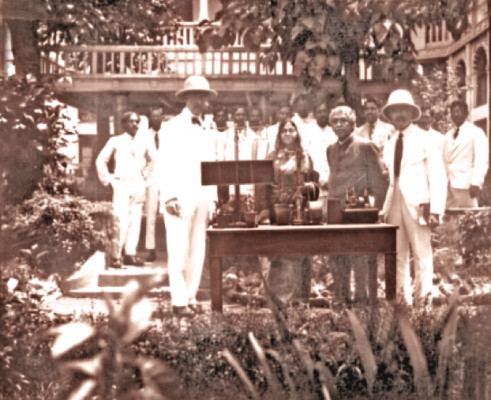 Sir JC Bose's work on plants in Los Angeles Examiner. His first photo he ever had taken for any newspaper 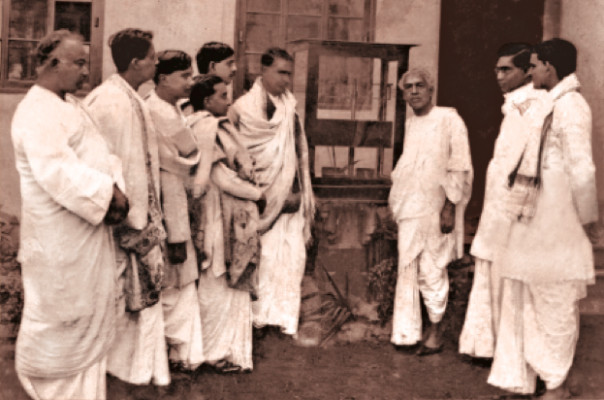 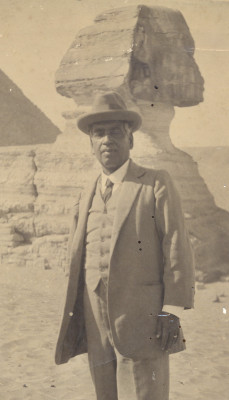 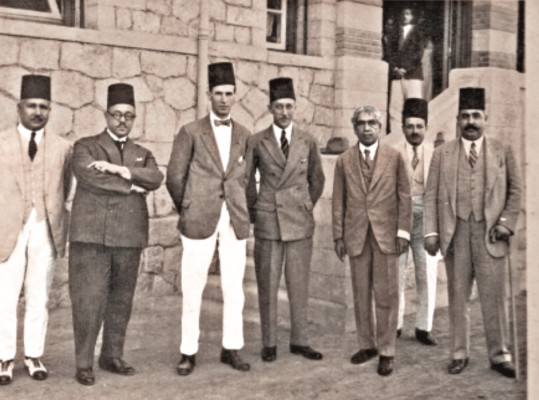 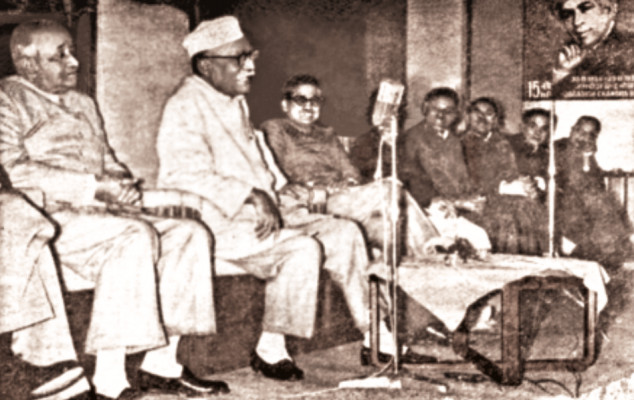 India's first President Rajendra Prasad, a former student of Sir JC Bose, paying his tributes on the Birth Centenary of JC Bose at the Convocation Hall of Delhi University (Nov. 1958). He had earlier visited Bose Institute in Dec. 1952 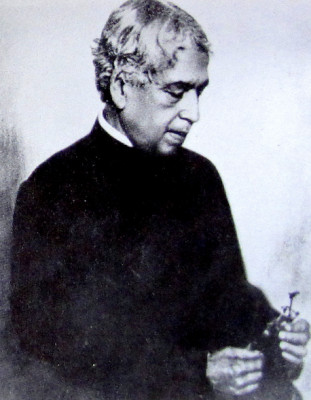 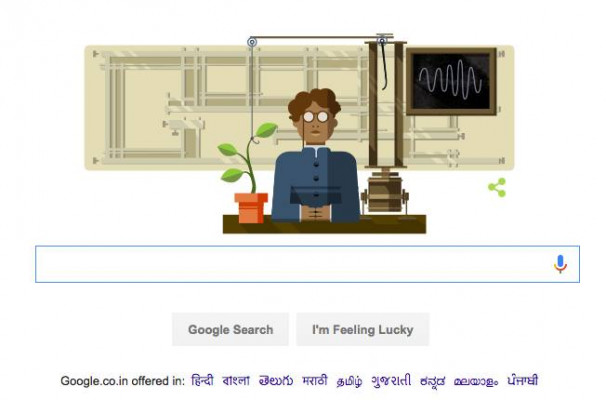